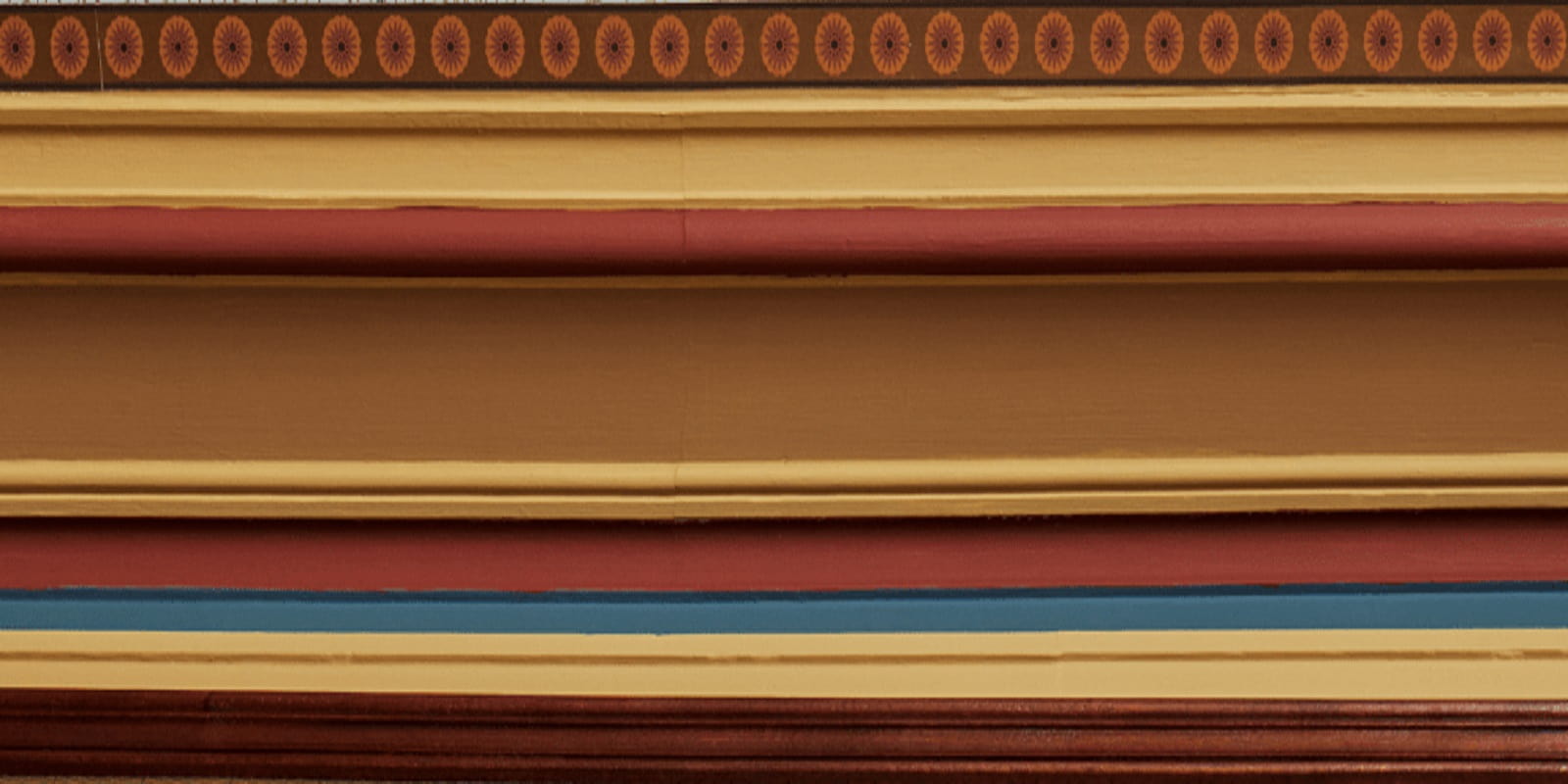 The Victorian Era ranged from the early 1800’s up to the beginning of the 20th century. This was the time of many great painters and impressionists who developed new paints and created a greater range of hues on their palette. As the style in England began more illustrious, the style of architecture and its colors continually changed.

The early Victorian process of making paints is significantly different than the late Victorian style and differs completely from modern day techniques. The synthesized material incorporated in many colorful pigments used on modern homes and churches was unavailable throughout the Victorian era. Instead, organic sources of color would be utilized to create the colors needed for decoration; Iron oxides and sienna were used to procure the darker and richer colors. These materials would be ground up by a mill stone until the clay becomes powder.

Because the notion of premixed paint wasn’t available until the late 1800’s, paints were mixed as needed and often in the very building which was being painted. The natural pigments required a strong binder so as to not lose their consistency and two prominent binders came to be used: Linseed oil, and glue. Before relatively recently, binders were made of any substance that was fluid but with a thick consistency (such as egg yolk), and mixed with color to create a sticky residue which could be applied on walls.

A common issue with the more recent lead paint is its toxicity; lead paint is a fabricated mixture which can cause disease. The advantage of older paints is their organic origins, which provide a healthier and more suitable option for a house or church. One of these more traditional mixtures is referred to as “milk paint.” Following the traditional organic components in the Victorian era, milk paint is not artificially manufactured but made of milk protein, clay, and lime.

These natural pigments produced much more muted colors schemes than that of the revival palette. Modern day Victorian/Gothic revival colors are bright and eye-catching while originally the colors were rather dull. The reason for this discrepancy can be summed up in the ingredients of the paint. Artificial substances such as Alizarin, which produces the orange-yellow hue found in many Victorian revival buildings, has a greater saturation due to its manufacturing. The original colors which were organic could only produce as vibrant a color as was the element which was crushed/mixed; there were enhancing substitutes later discovered.

The first color sample palette which was produced in the early 1840’s only contained three shades of grey and three of fawn. Following along the path of its ancestor, Victorian-Gothic revival architecture, the Victorian style emphasized the size of the building using its color; the larger and more exposed the house would be, the darker the hue and the milder the pigment would be layered. Smaller houses with less of an impact would be painted brighter colors to compensate. The early Victorian styled architecture often contained only three colors; whether this be because of the lack of range in the palette, or the desired appearance, this was a constant throughout the period.

Later the range of colors increased with the invention of new paints but such new mixtures usually applied only to paintings themselves and less to the coat on a building. Towards the late 1860’s however, many synthetic mixtures replaced the natural pigments which spurred on many impressionists such as Van Gogh and Monet to utilize a new found “color scheme” in their paintings. Though the Victorian architectural style remained mostly intact through this period of change, secondary and tertiary colors began to be introduced due to the expanding range of the palette.

The ever-changing styles and innovations of architectural paints can be recorded by literally looking at the layers on a wall. As a color or type of paint goes out of style, a “new” coat is layered on, and in this manner, the age and chemical content of historic paints is preserved. In a restoration, these paints can be researched through exposures and analysis. This process has been continuously utilized by Canning not only to record the history of a building, but to know how it should be treated in the restorative process.

Not only is analyzing historic paints beneficial to understanding the past methods of artists and architects, but it is also imperative to salvage and maintain older paints that have great historic value. Though much paint work and detailing from the Victorian era has faded or been scarred, Canning has been able to restore many works to their former glory. Learn more in our paint restoration techniques blog.

We offer resources to help guide you in your conservation, preservation and restoration projects. 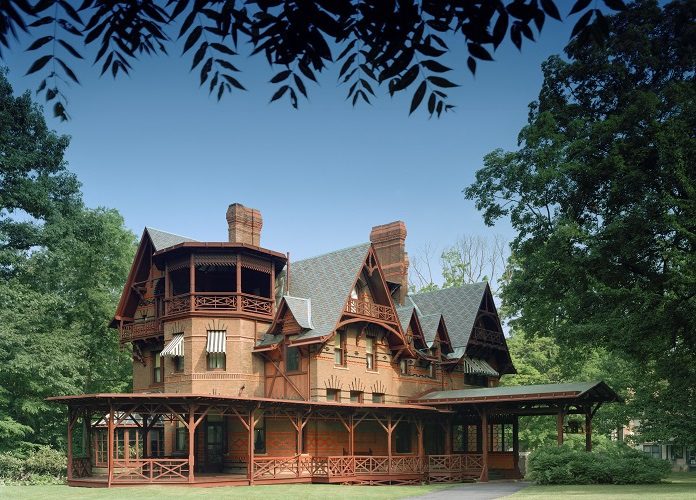 Our conservation artists refinished the historic woodwork throughout the house, plaster restoration, and reproduced wallpaper of the Mark Twain House. 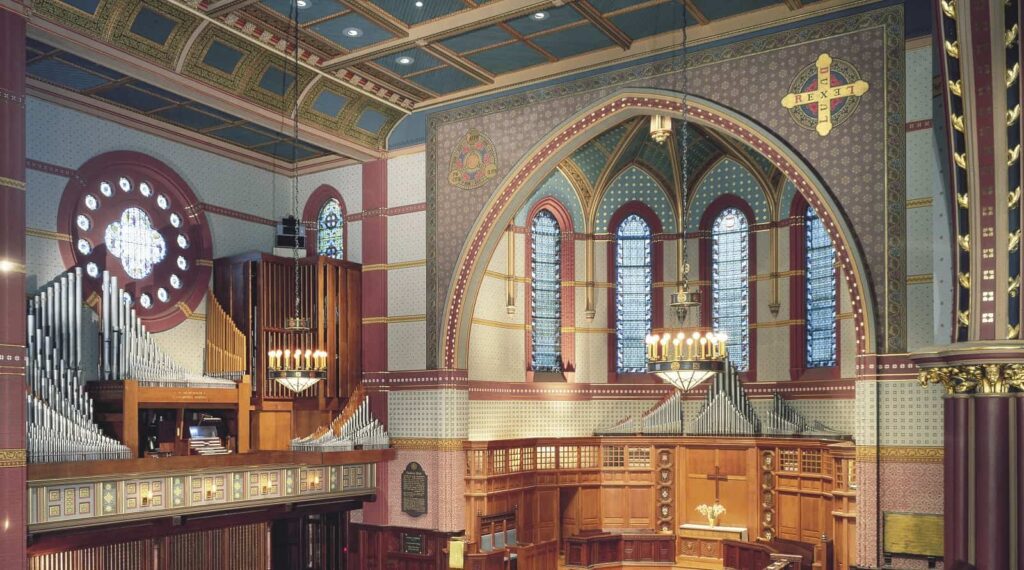 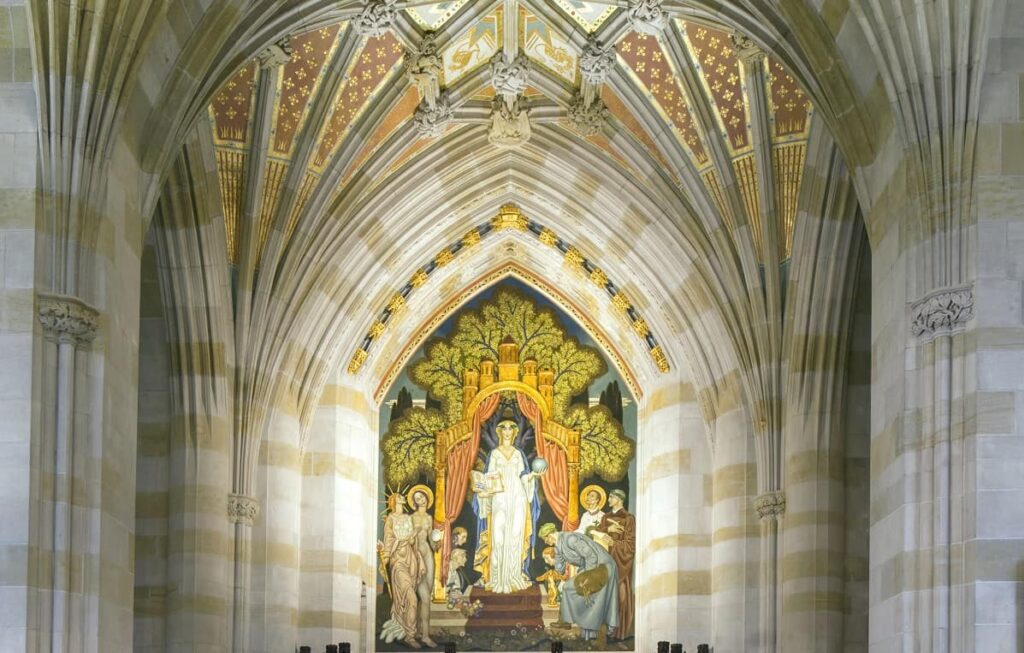 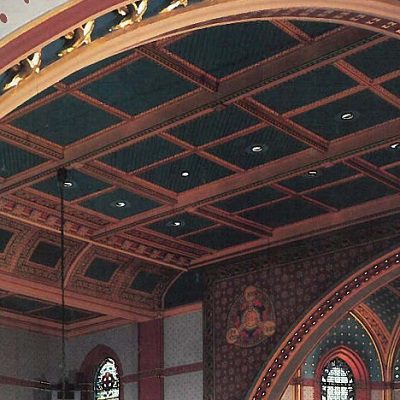 Examples of the Victorian Gothic Architectural Style in College Chapels 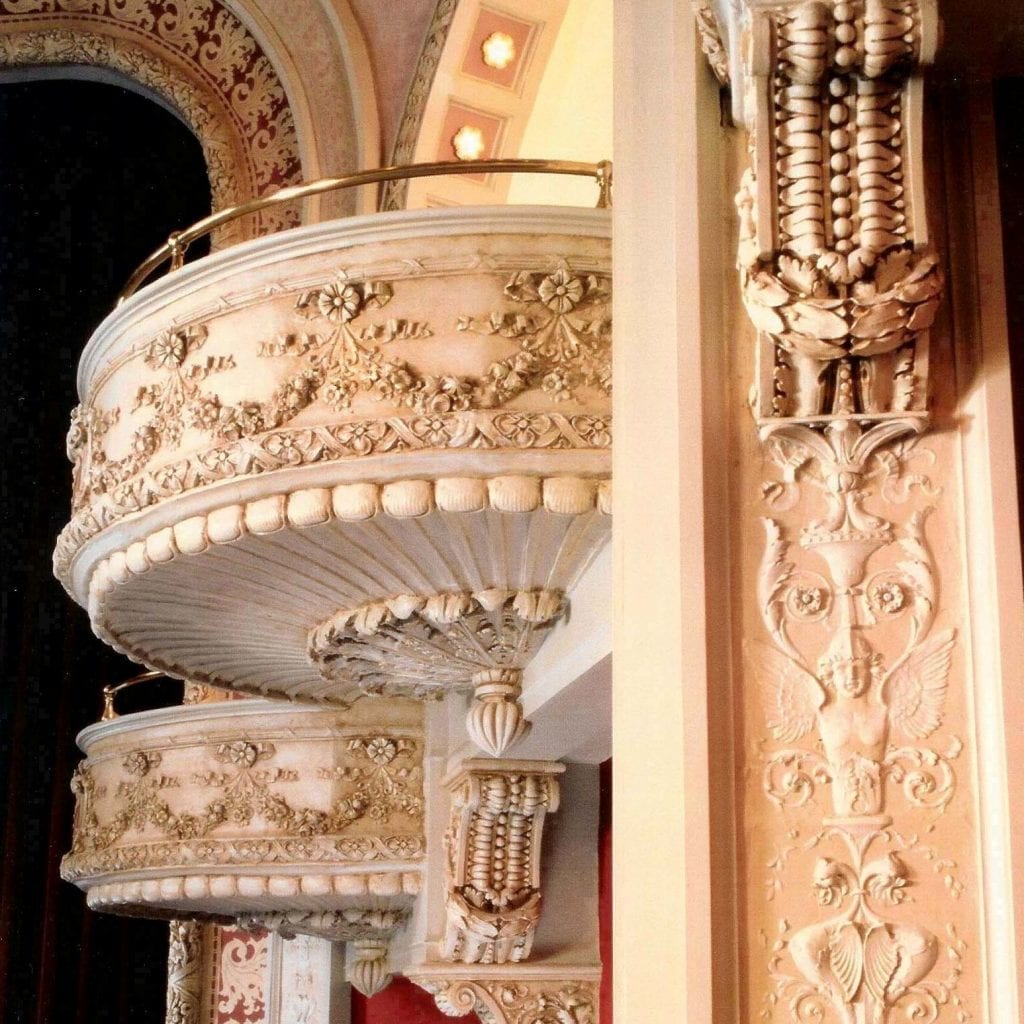 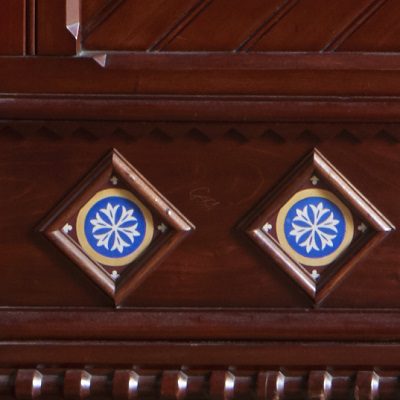 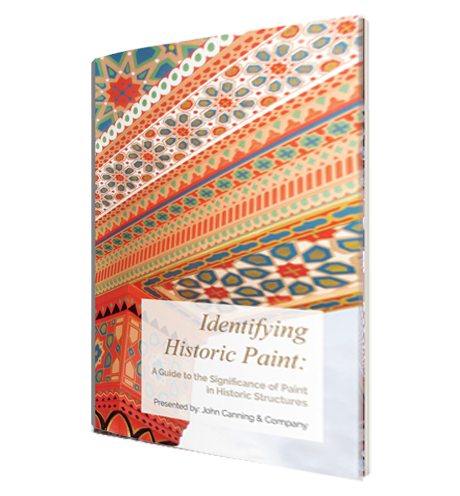 As a conservation studio and a specialty architectural arts restoration contractor, our team of highly skilled craftsmen, artisans, and conservators are experienced in the use of traditional methods and materials. We understand the importance of sharing our expertise and knowledge in our field.

Check Out Our Historic Paint Guide