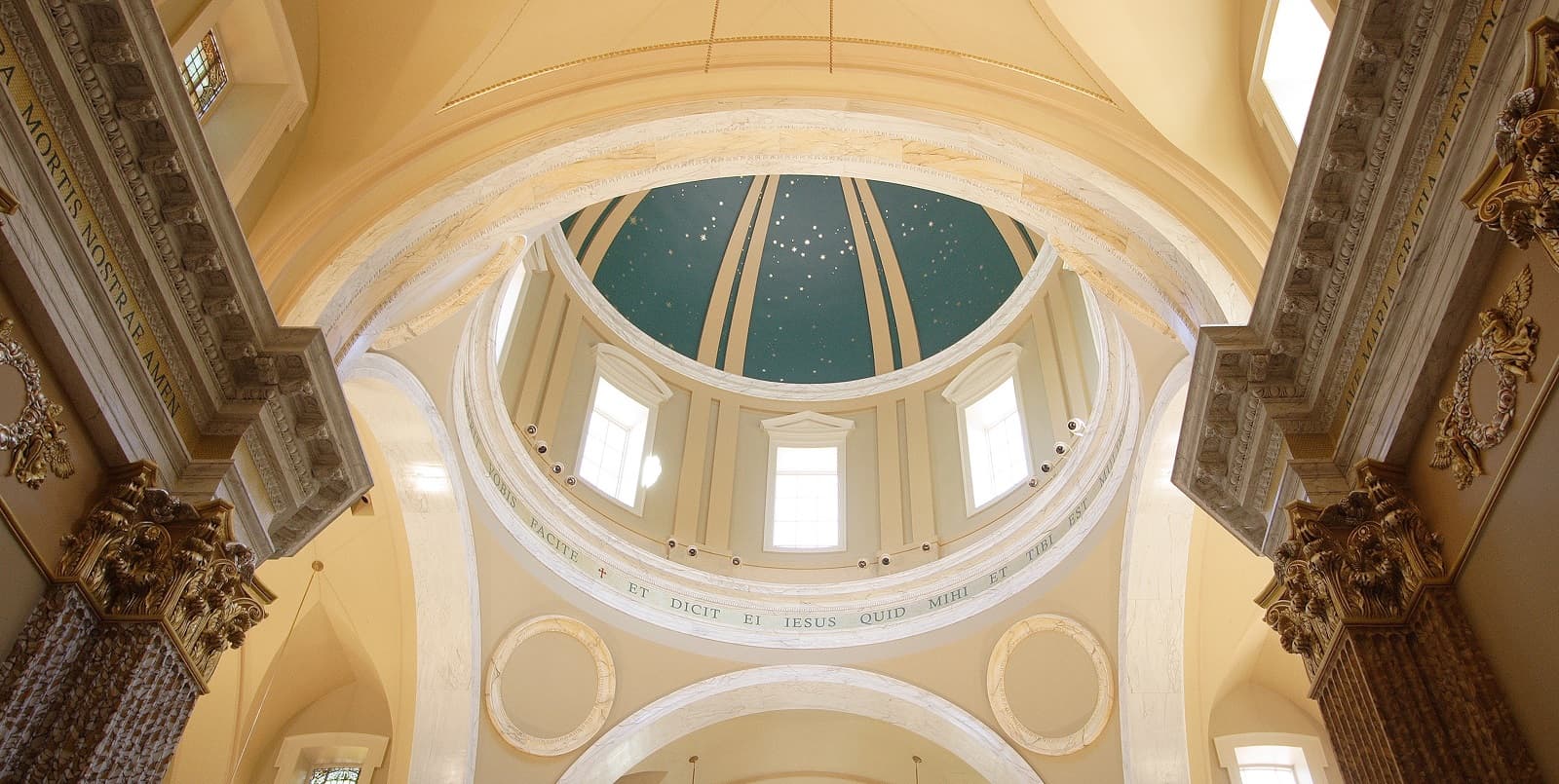 When you look at St. Peter’s Basilica or the Pantheon, it is impossible to not gaze at the great domes of these buildings. These architectural features are the center of many famous and historic buildings; they are iconic to the great churches of ancient times. Domes were first implemented into architecture during the 1st century A.D. They were a mathematical feat which brought an entirely new way of architectural designing; this method is still in use today. The Romans were the first civilization to start implementing domes in temples and it quickly carried over into catholic churches and mosques. The domes themselves were more than an architectural phenomenon but were symbols of religious belief. Often built to represent the heavens, domes were decorated and stylized accordingly. Their circular shape represented eternity while the apex, which was often the highest point of the building, pointed to the heavens. 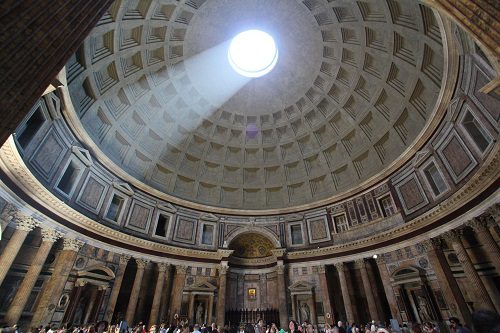 A prime example and arguably the most iconic dome in history is the pantheon in Rome, Italy. It has changed the way domes are built and instituted the religious significance of the dome itself. The pantheon influenced another famous dome which lies on top of Saint Peter’s Basilica. Though they are similar, the shapes of these domes differ; the pantheon is in the form of a hemispherical (circular) dome while St. Peter’s Basilica has a polyhedral (oval) dome. The hemispherical dome is often used in Christian churches to represent the story of creation: “In the beginning, when God created the heavens and the earth.” (Gen 1:1 USCCB) Often referred to as a “dome” in Genesis, this same form of symbolism is carried into architecture. 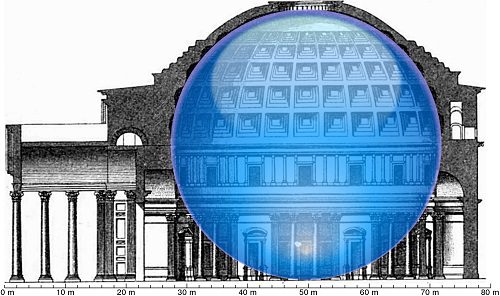 In a less religious interpretation, the hemispherical dome represents the entanglement and distinction of the physical world from the spiritual realm. Exemplified in the pantheon, the dome is half of a perfect sphere which fits inside the interior of the structure itself. At the same time the outside of the building is square which represents the four corners of the earth (keep in mind that the earth was believed to be flat). Though distinct in shape, the square and spherical nature of the pantheon, similar to many other ancient temples and churches, fit together in harmony to support each other. This idea shows the ancient belief in the intertwinement of the physical and divine. This style was prevalent in most churches until the counter protestant reformation and more specifically the council of Trent. In response to the protestant reformation, the catholic church leaders made radical steps to reverse the effects of Martin Luther’s movement and one of these steps was changing church architecture. They saw the hemispherical dome as traditionally a pagan symbol and therefore anti-Catholic; they sought to eradicate the possibility of protestant pretentious by changing the shape from a circle to an oval and thus, the polyhedral design was born. 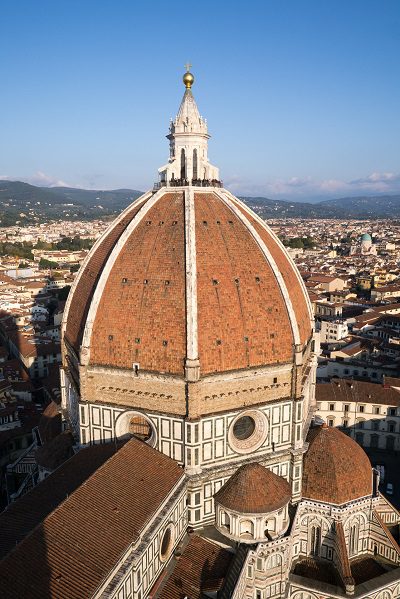 The oval dome is architecturally aesthetic in both beauty and science. Up until the early 17th century, the Catholic Church believed the motion of the planets to be circular; this view was changed as Kepler discovered the elliptical motion of the planets. This influenced oval architecture and the oval dome came to represent the scientific breakthroughs of the late Renaissance.

Another form is an onion dome. Though uncharacteristic to the iconic domes in European churches and government buildings, these domes have a great influence throughout the western world. Originating in Russia, onion domes did not have a special religious significance until the turn of the 18th century. They first represented candles burning in the Russian Orthodox Church but as the architectural design shifted throughout Europe and America, the symbolism morphed into varied religious ideologies. 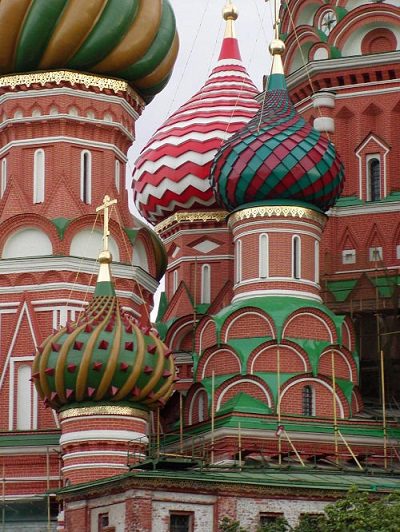 Because onion domes are often smaller in size than the polyhedral or hemispherical domes, they come in different groupings which have their own representation. In the Christian Church, a group of three domes symbolizes the Holy Trinity, while five represent Christ and the Four Evangelists.

St. Panteleimon’s Russian Orthodox Church in Hartford, CT utilizes five onion domes which were recently restored by John Canning & Co. These domes were layered in sheets of 23.75k gold which were scraped and re-applied. The domes were stripped, primed, and gilded, restoring their beauty as religious symbols. 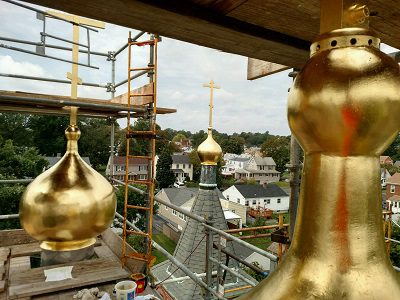 Gold is not only a reverent covering for a church, but also provides a durable, long-lasting finish. Its chemistry combined with its history as a symbol in architecture makes the metal’s use common in many buildings. Great care is needed in applying gold or it will flake and lose its shine. John Canning & Co. has done exterior gilding for churches and secular buildings alike, mastering the art of restoration. 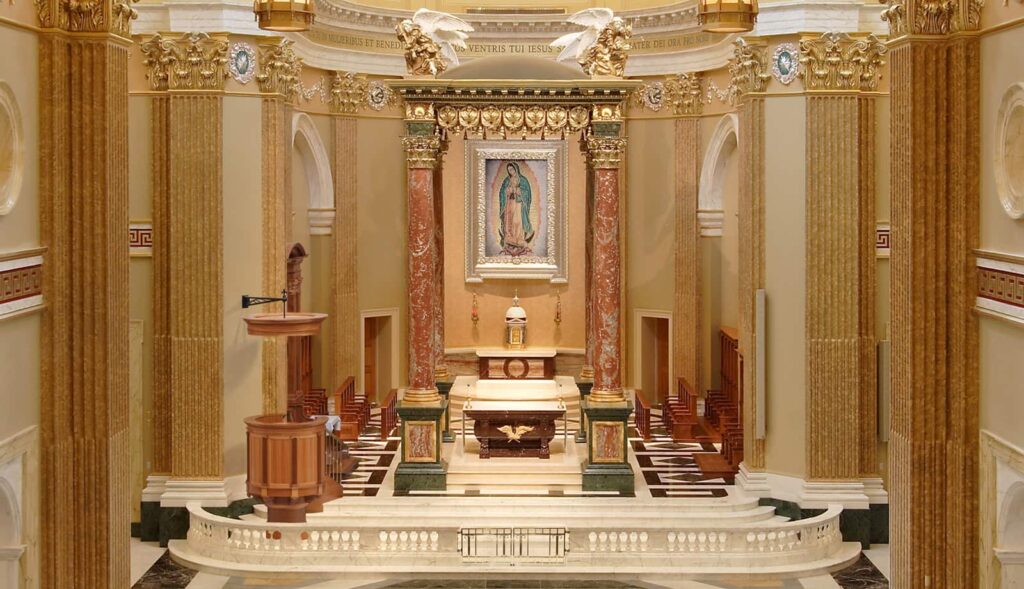 Shrine of Our Lady of Guadalupe

We designed all decorative finishes, including many faux marbles and other stones, gilding, and a dome ceiling feature in the Shrine of Our Lady Guadalupe. 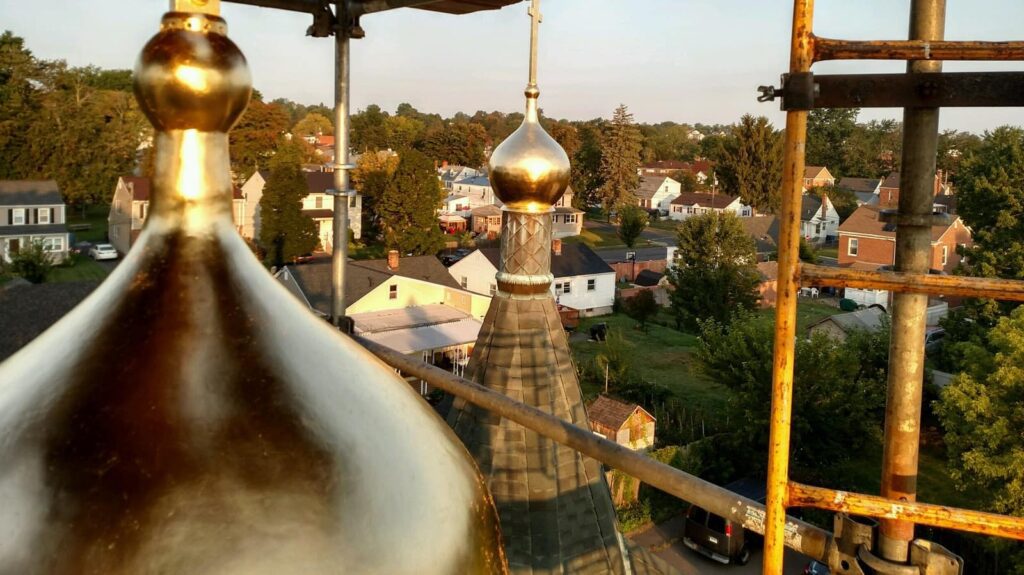 Our expert craftsmen used their exterior gilding skills on five domes for the church. 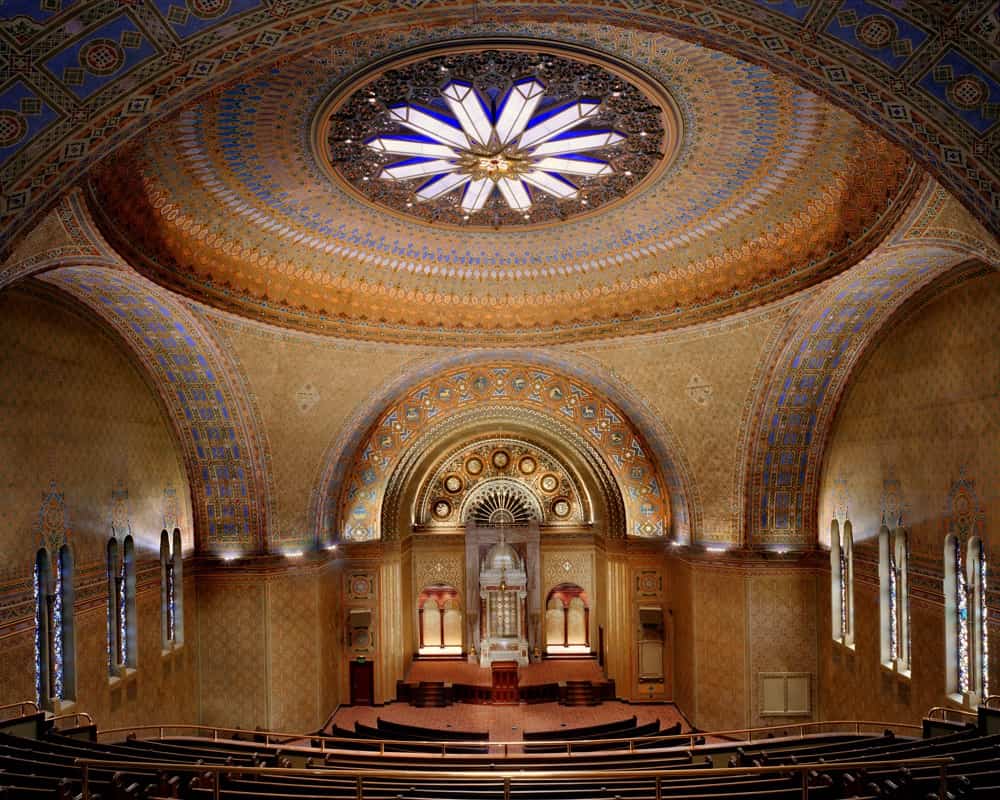 Our conservation team restored the decorative paintings on acoustic fabric at Rodeph Shalom which required painting and replicating surface patterns. 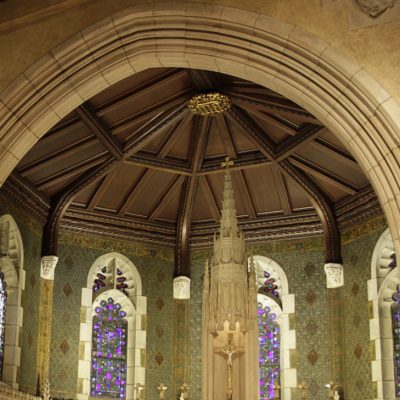 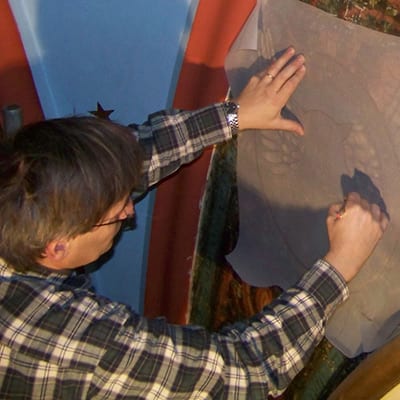 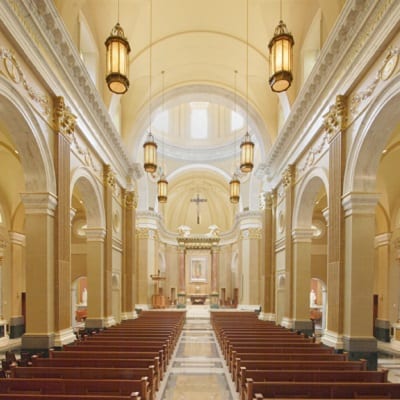 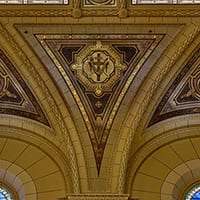