The murals within the rotunda were assessed and documented before repairing the plaster substrate and conserving the historic artwork. 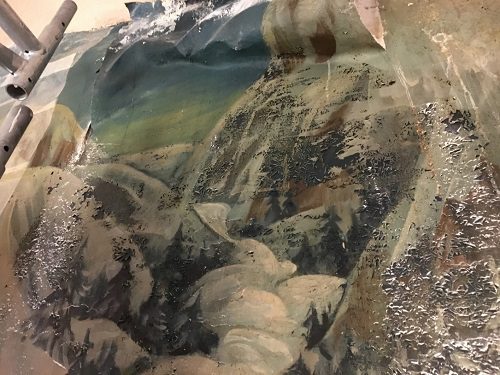 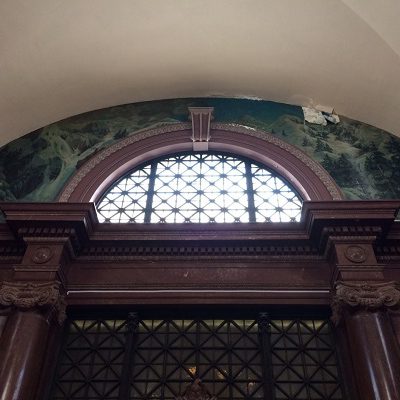 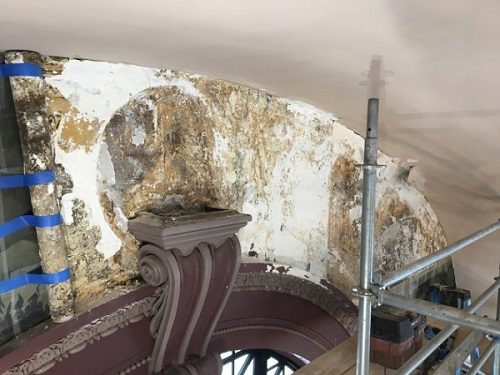 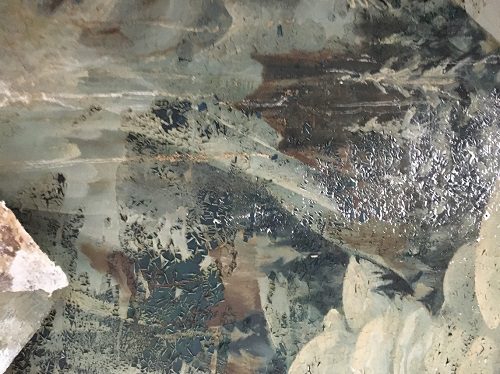 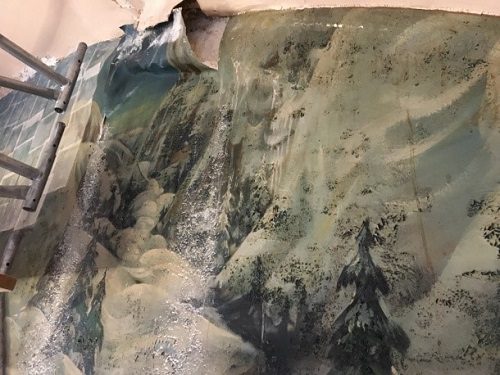 The Third Mint Building of Philadelphia was completed in 1901 and maintained its function until 1969.  The Community College of Philadelphia acquired the building in 1971. The Rotunda, or the Cabinet as it was known, is located on the second floor of the building.

The four murals, executed in oil paint on canvas, are located within the rotunda and were completed as part of the Work Projects Administration (WPA). The murals depict scenes that honor the California Gold Rush and the Pikes Peak era of American History displaying mountains, miners, a mining tunnel and a mining town.

After prolonged and chronic water infiltrate behind one of the murals was discovered, an assessment of the conditions of the mural was performed to document its conditions and provide recommendations for repairing the plaster substrate and conserving the historic artwork. Because of the water infiltration, delaminating paint was widespread.