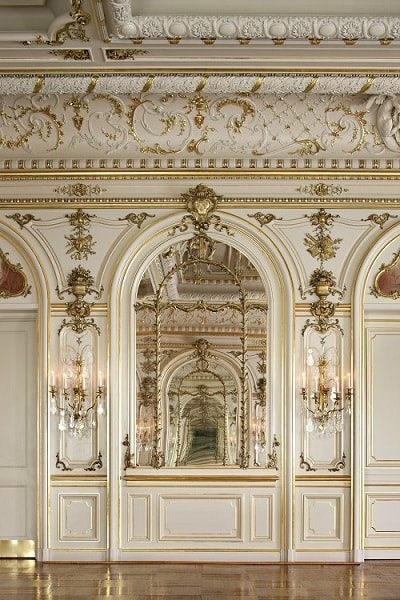 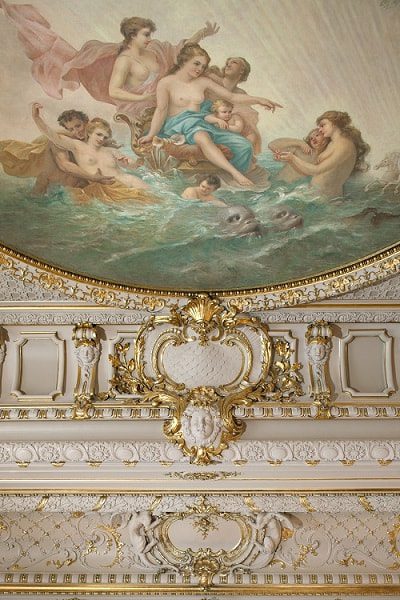 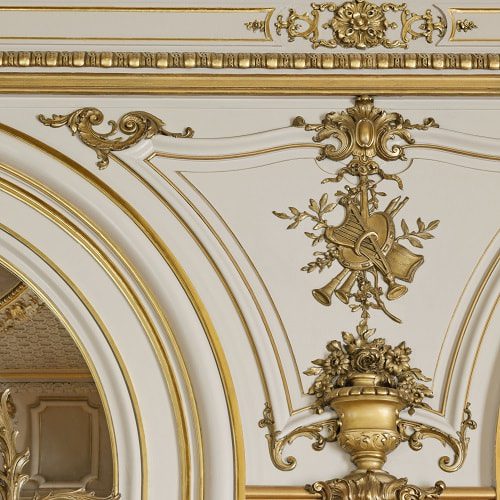 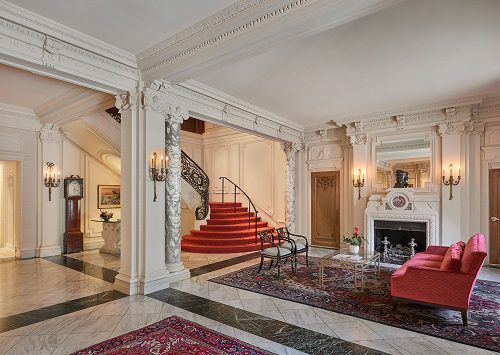 Located on Embassy Row near Dupont Circle, it was originally built as a private residence for socialite Mary Scott Townsend. The exclusive Cosmos Club purchased the estate in 1950. The opulent ballroom is one of the most coveted event spaces in DC and provides substantial income for the club.

John Canning & Co. served as the prime specialty trade contractor and conservator for the restoration. As such, we were able to schedule all work efficiently, and return the restored ballroom to the club six weeks early, allowing additional income to be secured with its rental.

The project included restoration of the historic plaster, painting, gilding, fine art, woodwork, and parquet floor, back to its appearance in the period 1901-15. These dates were chosen because the only surviving historic photographs of the Townsend Mansion interior are those published in the Architectural Record in 1901 and Frances Benjamin Johnston’s photographs circa 1915.

Roof leaks and condensation around the air diffusers had caused extensive damage to both ornamental and flat plaster. A plaster survey was conducted to identify what areas could be consolidated and what areas had to be replaced. Molds of ornamentation from sound areas were used to recreate the plasterwork in damaged areas so they would blend seamlessly with the original ornament.

The room was restored to its original gray palette that used texture to provide a contrast between recessed portions of the diapering and a slightly darker tone of gray to add depth. The true nature of the ballroom’s gilding was obscured by years of coats of bronze paint. A method of removal that would conserve the original gilding was established to salvage as much of the historic finish as possible. Certain areas needed to be regilded which incorporated both traditional oil gilding and water gilding.