John Canning& Co.'s work at the Fox Theatre included: plaster consolidation for the Lobby and conservation cleaning and restoration of the Auditorium canopy. 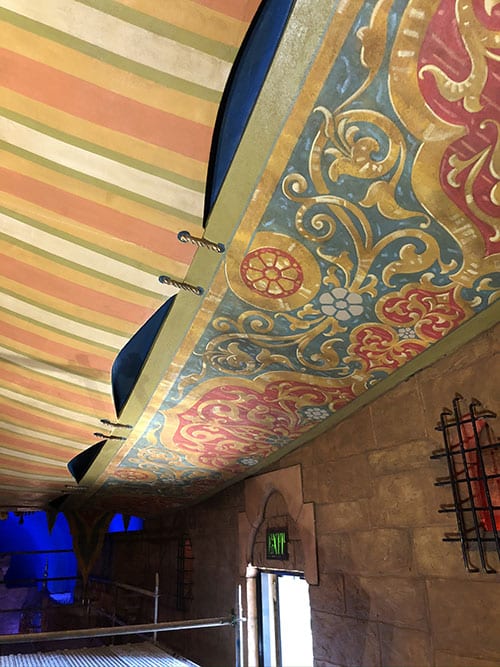 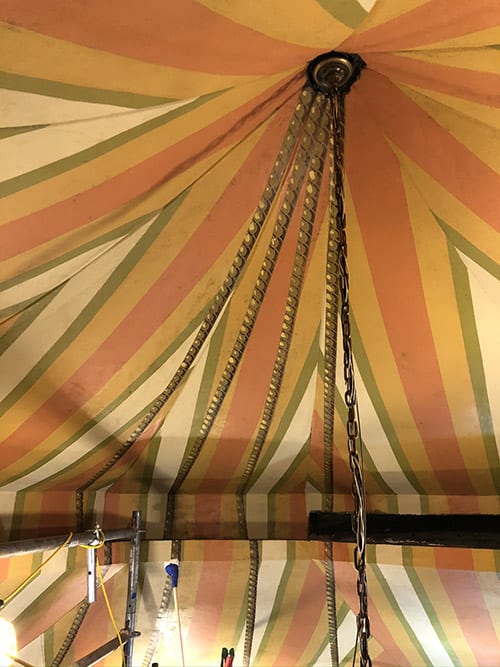 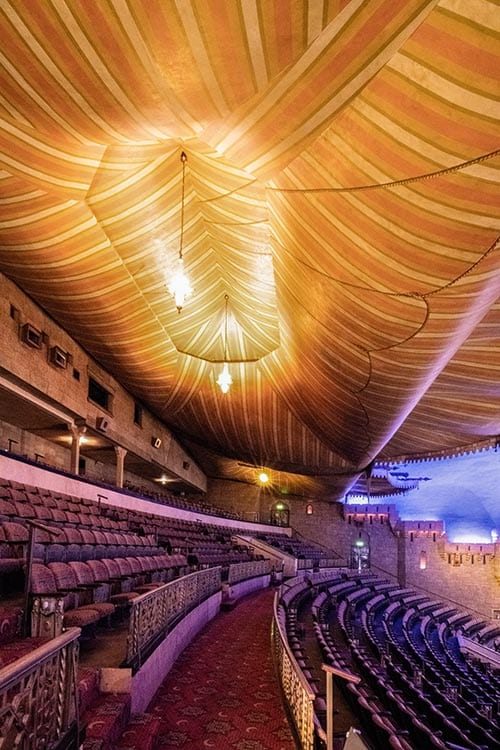 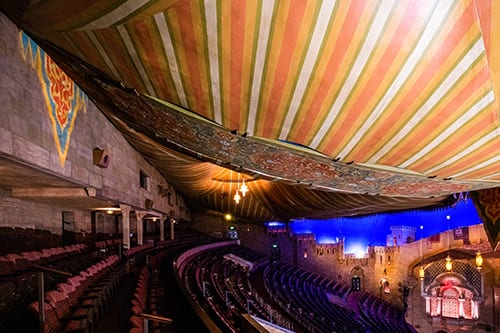 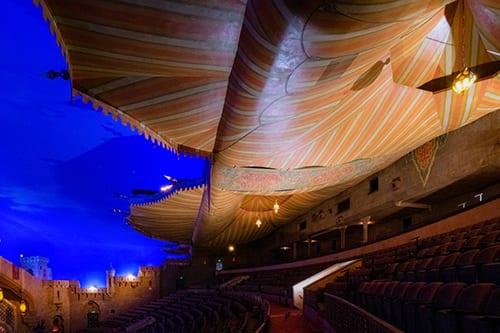 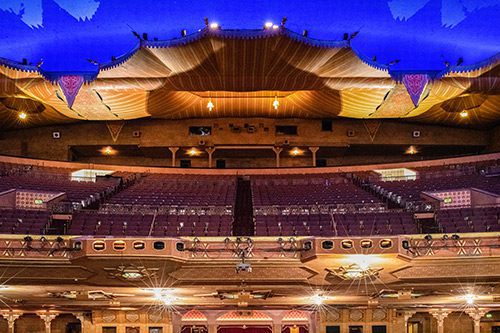 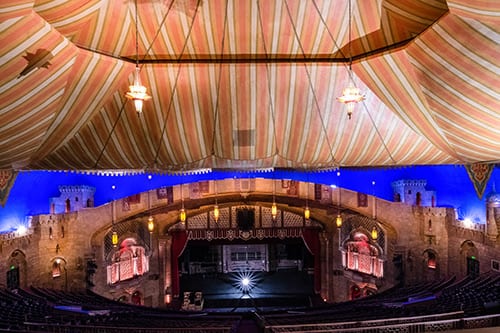 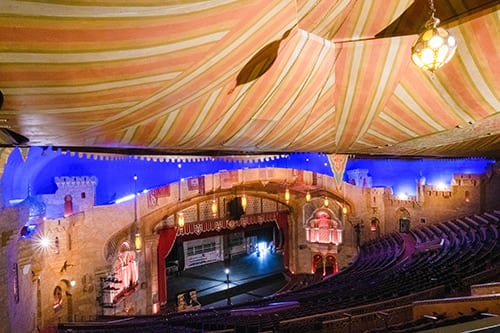 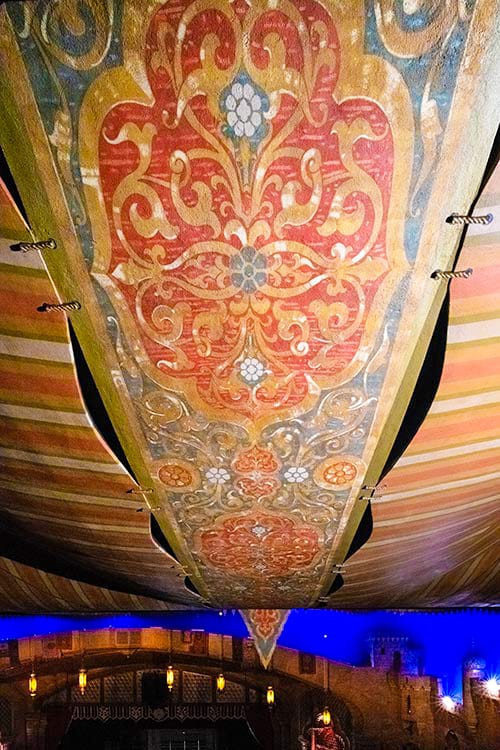 "The crew was great! They understood the balance we needed to achieve between a noticeably cleaner appearance and one that remained true to the original color scheme and design. Their hard work produced fantastic results. We would love to work with John Canning & Co. on more projects in the future."
— JOSSLYN STINER, PROJECT MANAGER FOR THE RESTORATION AND OPERATIONS DEPARTMENTS, FOX THEATRE, ATLANTA, GA.

When the Fox Theatre was originally constructed in 1929, it followed in the tradition of "atmospheric" theatres, designed to transport guests into a fantasy world of an Arabian courtyard at twilight. Part of this whimsical effect is created by a stunning, suspended canopy ceiling above the balcony seats in the auditorium. In addition to its ornamental appearance, the canopy also serves a practical function by drawing sound to the back of the auditorium, so all guests can hear the performance on stage.

Over 90 years, the overall appearance of the canopy had become dull and tarnished. From the ground, it was difficult to make out any of the once brilliant colors of the striped design and almost impossible to see all the details painted onto the stenciled "carpet" sections. The most apparent damage was in the tent peaks, where past water infiltration and dirt caused highly visible stains that greatly obscured the original design and color scheme. The rope details and dept of the recessed areas were rarely noticeable, even with house lights. It easily disappeared into the shadows, overlooked by guests and staff alike. John Canning & Co. was contracted to perform the conservation cleaning for the canopy.

During the course of the project, it was decided that the canopy be restored to its original appearance. At that point, the project turned into a full restoration.

The Fox Theatre, A peak into two projects- Consolidation-Conservation-Restoration