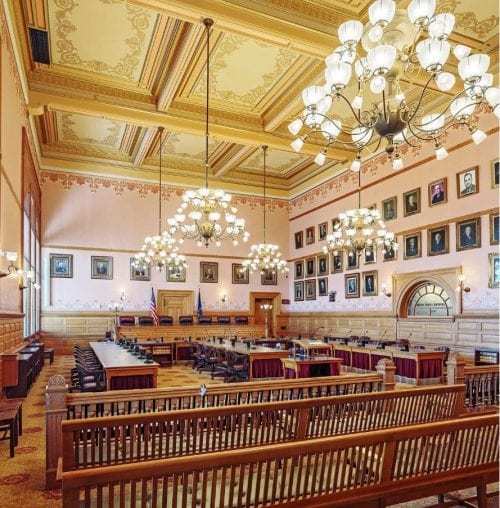 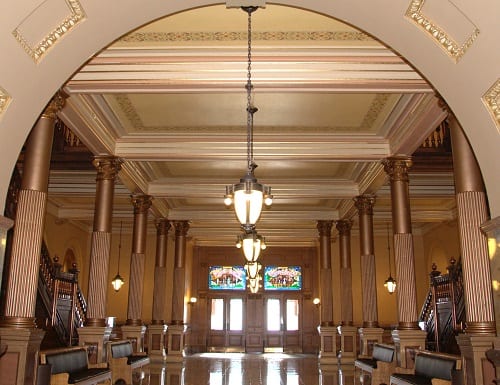 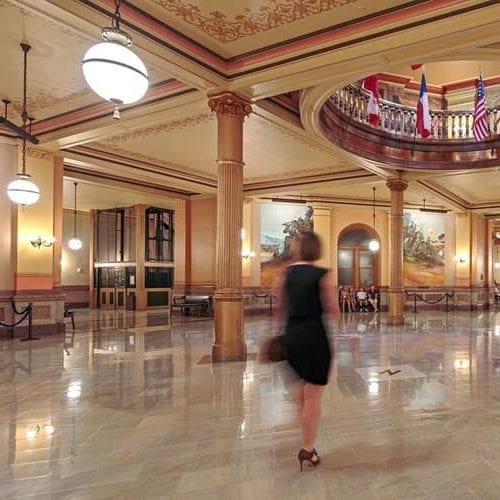 The original construction of the Kansas State Capitol building took almost 37 years and was completed in 1903. Part of an extensive mechanical and finishes upgrades, this 2010 project was a $322M renovation project. John Canning & Co.’s team restored the ornamental and flat plaster finishes throughout the state capitol as a part of this project. The plaster restoration project involved a plaster conditions survey and documentation and extensive repairs to ornamental and flat plaster in nearly 100 rooms on five floors. This included mold fabrication, plaster casting, and plaster repairs. The ceiling beams and column capitals, for example, were part of the original interior design, but were never installed.  John Canning & Co. fabricated & installed beams and capitals to match those in the rotunda.  Because of the various scopes and trades involved with this project, change orders pertaining to the work included patching at moved MEP locations and the addition of premium time after delays caused by other trades.