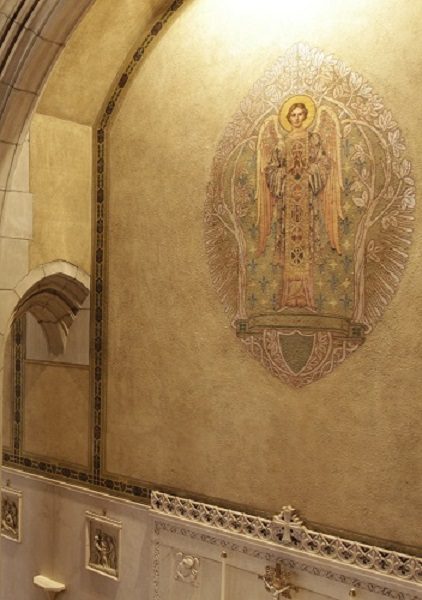 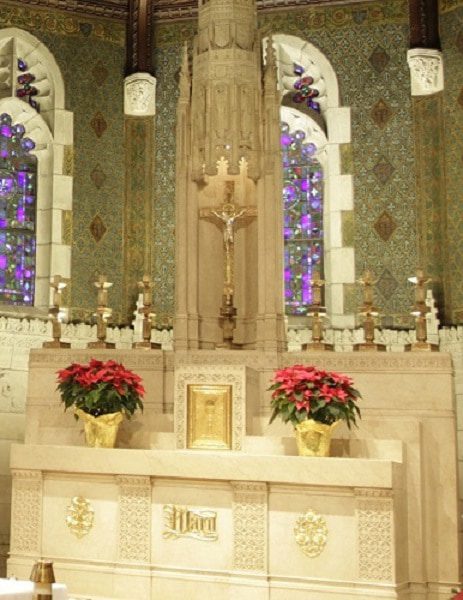 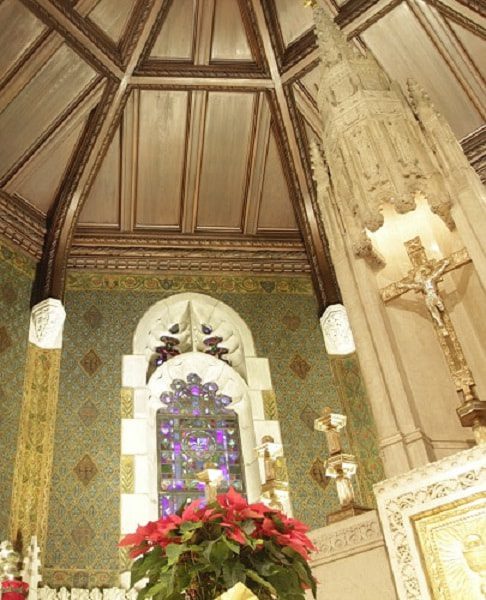 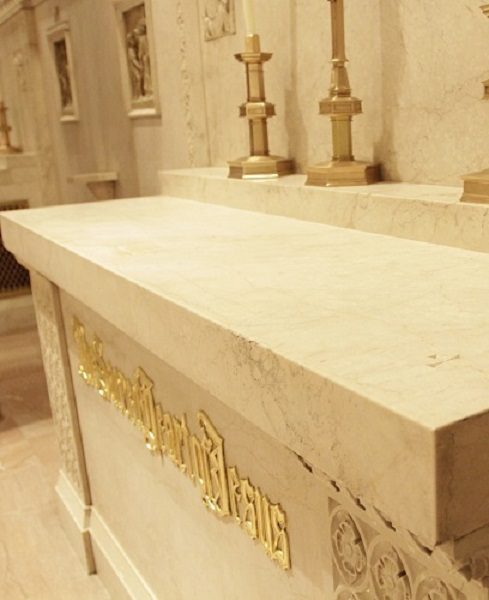 Boston College was founded by the Jesuits in 1863. St. Mary’s Chapel is located on the first floor in the north end of St. Mary’s Hall, which was the second building constructed on the Chestnut Hill campus.

St. Mary’s Hall was originally built to serve as living quarters for the Jesuits. This historic interior stone cleaning project involved removing the surface dirt, grim soot, carbon stains and efflorescence without damaging the surface or altering the color of the historic cast stone.

2016 SCUP/AIA-CAE Honor Award for Excellence in Architecture for Rehabilitation, Restoration or Preservation